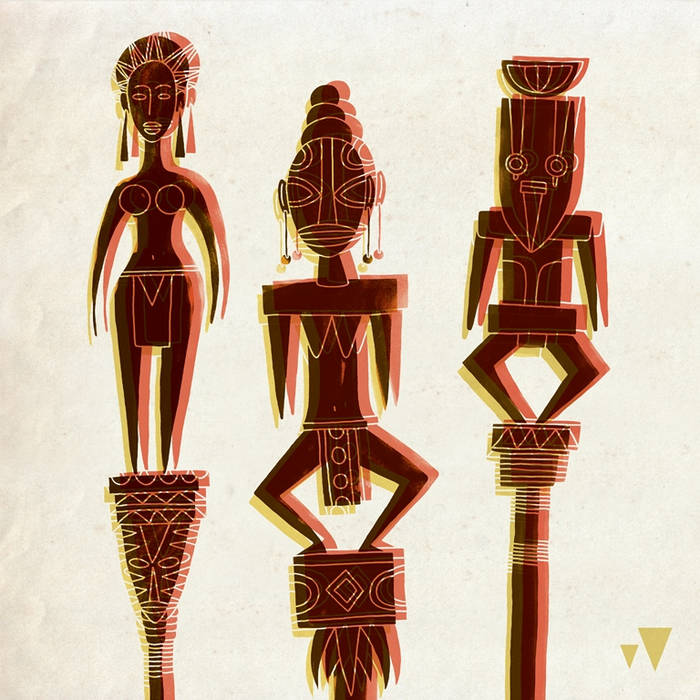 Carsten Pieper Brazilian afrobeat - if you don't feel the urgency to move your feet or any body parts of your choice to this music, check your doctor immediately ;-}
Another reason I love this is that reminds me of the Budos Band more than once! Favorite track: Ventania.

Five years after their inception, the Sao Paulo based Brazilian group Bixiga 70 continues to travel musically forward, only to find themselves more and more at home.

The band’s aptly named third album, “III”, is a luminescent and energized admixture of Atlantic cultures. The album’s hyper-contemporary dialogue journeys between the sounds and rhythms of Brazil and Africa, and between the band’s ten musicians and their distinctive musical identities. Their collective influences include jazz, funk and Afro-Brazilian music, and stretch further afield into dub and reggae, electronics, cumbia and carimbó, ethio-jazz and samba.

Bixiga 70’s “III” is a breathtaking rhythmic storm where inspired solos, harmony and dynamics, beats and improvisation all mesh together in vital and unpredictable ways. Spanning between a joyous danceability, a sharp sense of humor and committed political reflections, the life-blood of this ten-piece unit is instrumental music, but it is an instrumental music that speaks profoundly.

Self-produced by the band in their own studio in Sao Paulo (and mixed by Victor Rice) all the compositions on “III” are written and arranged by the entire Bixiga 70 collective. There are no liner note details: the process of creation is decentralized and acknowledges the importance of each musician in the room. The album was recorded live in the studio to further assure the depth of this collaborative spirit and to accentuate the intensity of the band’s sonic experiments.

Following the global attention garnered by their previous album 2014’s “Ocupai” (Mais um Discos), Bixiga 70 headed out into the world. Their musical travels to Europe, the USA and Morocco, as well as the many varied regions of Brazil (including the streets of Bixiga) have all left a deep mark on the sounds and visions of the new album

There is no doubt that Bixiga 70 is one of the guiding voices of Brazil’s contemporary instrumental music scene and their new album “III” clearly demonstrates why.

They are a band that deftly searches for untracked and thrilling musical spaces to occupy.

And most importantly, they are a band that succeeds in finding them.